13 Architecture and Design Books to Add to Your Reading List

Now that we are halfway through the year, what better time to prioritize your reading list? Whether you’re interested in the history of interior design, the relationship between architecture and health, or learning more about the 20th century’s forgotten architects, Metropolis editors have selected a variety of current and forthcoming titles that will be sure to get you through 2021. 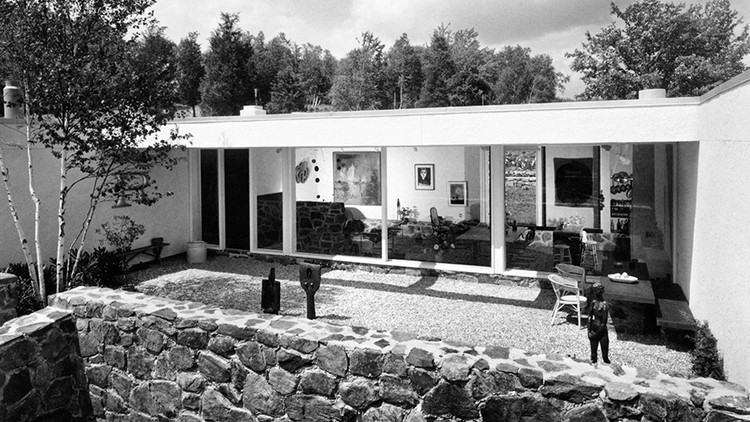 Breuer’s Bohemia: The Architect, His Circle, and Midcentury Houses in New England

Illustrated with a collection of contemporary and historic photography as well as rarely-seen documents, Breuer’s Bohemia surveys an oft-overlooked corner of the Modernist’s oeuvre. In addition to designing Brutalist public and commercial buildings throughout the 1950s through the ’70s, Breuer designed a collection of homes for friends in Connecticut and Massachusetts, many of whom were artists and intellectuals themselves. Though there is no shortage of material available on Breuer’s furniture design, architecture, and influence, Crump uses the architect’s residential projects to weave together a story of an artistic milieu that included luminaries such as Alexander Calder, Arthur Miller, Francine du Plessix Gray, Philip Roth, and William Styron.

The Turning Point in Architectural Design: A Historical Scenario for the Future

This illustrated volume explores the history of building and its relationship to technology. With innovations like CAD and other technologies, architects can create forms that were once unimaginable. But is a focus on form detracting from function, context, and construction? The Turning Point in Architectural Design argues that technology alone isn’t the turning point; technology alone can’t tackle global challenges like resources and energy. Change in architectural design must come first.

Featuring more than 200 designers from over 50 countries, Woman Made: Great Women Designers is a comprehensive look at women product designers from Aino Aalto to Sandrine Ebène de Zorzi. Author Jane Hall, recipient of the British Council Lina Bo Bardi Fellowship and founding member of Assemble, organized the book by four design categories: product, furniture, textiles, and lighting. She writes in the introduction, “Woman Made tells the story of design as a narrative of suffrage, education, and employment, but also speaks to the importance of technological innovation, global migration, and economic struggle.”

The COVID-19 pandemic clarified the weaknesses, as well as the resiliency of modern cities. But questions remain about what the long-term impact of COVID will be as reopening continues. To better understand what lies ahead, we must look at how epidemics and pandemics of the past shaped urban lives and landscapes. That’s the idea behind Gharipour and DeClercq’s book. It features dozens of case studies of cities that have weathered similar crises around the world and across history, revealing the connections between cities and disease.

Who was Minoru Yamasaki? This enormously influential, but often forgotten architect’s most famous buildings were the World Trade Center in Manhattan and the Pruitt-Igoe Apartments in St. Louis, both of which were destroyed in spectacular fashion on live television 30 years apart. Rather than a straight biography, Beal takes Yamasaki’s life as the starting point for a novelistic exploration of the changing image of architects in literature and film, and the social realities of how and for whom cities and buildings are designed.

Master of the Midcentury: The Architecture of William F. Cody

From Frank Sinatra’s 1953 Rancho Mirage residence to exclusive designs for California’s many country clubs, William F. Cody was a pioneer of American “Desert Modern” architecture. Master of the Midcentury is the first comprehensive survey of the Modernist architect’s life and work, including an index of all of his known projects from 1943-1975. It was written by the team that curated the Los Angeles Architecture and Design Museum’s exhibition Fast Forward: The Architecture of William F. Cody.

The Architecture of Health: Hospital Design and the Construction of Dignity

Who better to write a history of hospitals than MASS Design Group? The firm was named a Metropolis Game Changer in 2011 for its work on the Butaro District Hospital in Rwanda and has been one of the most strident architectural voices in healthcare ever since. In this book, the firm looks to the biggest historical figures who have addressed the architecture of health, from Florence Nightingale to Louis Kahn. What emerges is not just a typological study but a deeper insight into how buildings and the human condition shape each other.

“In a post-pandemic age, the ideal of a thoughtfully and beautifully conceived house, or apartment, has fresh resonance,” writes author Dominic Bradbury in the introduction of the Atlas of Interior Design. The latest volume from Phaidon is a geographically organized global survey of more than 400 residential interiors from the 1940s to today. By organizing projects through country and regional maps, the book allows readers to trace and compare design influences throughout the world through projects by professionals including Peter Marino, Kelly Behun, Faye Toogood, Andre Fu, and more.

Echo’s Chambers: Architecture and the Idea of Acoustic Space

Echo’s Chambers is a history of acoustics that shows how architects since the enlightenment have sought to represent and control how interior spaces sound, informed by developments in music, performance, and auditory culture. Clarke, an assistant professor of Art History at the University of Toronto, explores these connections in the architecture of Pierre Patte, Claude-Nicolas Ledoux, Carl Ferdinand Langhans, and Le Corbusier as well as the acoustical theories of Athanasius Kircher, Richard Wagner, and others. Along the way, he makes the case for acoustics as an architectural component that is both mystical and scientific.

No Compromise: The Work of Florence Knoll

Ana Araujo is an architect, teacher, and researcher who currently leads a design studio at the Architectural Association in London. Her latest book No Compromise: The Work of Florence Knoll takes an up-close look at Knoll’s career from student to professional where her motto was “no compromise, ever.” Araujo writes, “Most accounts of Florence Knoll tend to take her work and statements at face value, ignoring their contradictions and biases.” Instead, this slim volume looks at her work “through understanding the compromises Florence Knoll gave in to” in order to evaluate her work from a different angle.

By Michael Gericke, with a preface by Moshe Safdie, and an introduction by Paul Goldberger, Images Publishing, 520 p.p.

All too often, the graphic designers who make the signs, branding, and visual language, which helps us make our way in the world are allowed to remain anonymous. Not so with Gericke. The graphic designer whose work has included everything from the identity of the AirTrain, which shuttles riders to and from New York’s subways and buses to JFK Airport, to signage for the Guggenheim’s new outpost in Abu Dhabi. With 284 lush color illustrations, this volume shows the work of a contemporary graphic designer who is actively re-making the visual identity of the world we inhabit.

With Eyes Opened: Cranbrook Academy of Art Since 1932

Few art, design, and architecture schools have made their mark on Modernism in the midcentury like the Cranbrook Academy of Art in Bloomfield, Michigan. This 624-page magnum opus tracks some of its national and international influence through the stories of 200 alumni, with special attention to women and people of color. Interspersed between the profiles are essays and timelines that track the school’s 79-year history. Thanks to painstaking research by the 40 curators who contributed to this book, we have the opportunity to discover under-appreciated geniuses and see well-known legends with fresh eyes.

Most buildings start in the earth: Metals mined for structural elements, clay turned into brick, trees felled for wood, and oil converted into plastics, with all the associated negative impacts on environment and community taking place preferably as far as possible from the building site. With this new book, Italian design research studio Space Caviar contends that this needn’t always be the case. This book brings together perspectives from around the world on a new form of architecture that doesn’t extract with no care for consequence. It goes beyond the idea of limiting carbon emissions to dig deeper into the social and economic systems that rely on extraction, and asks how we might overturn those.

This article was originally published in Metropolis.